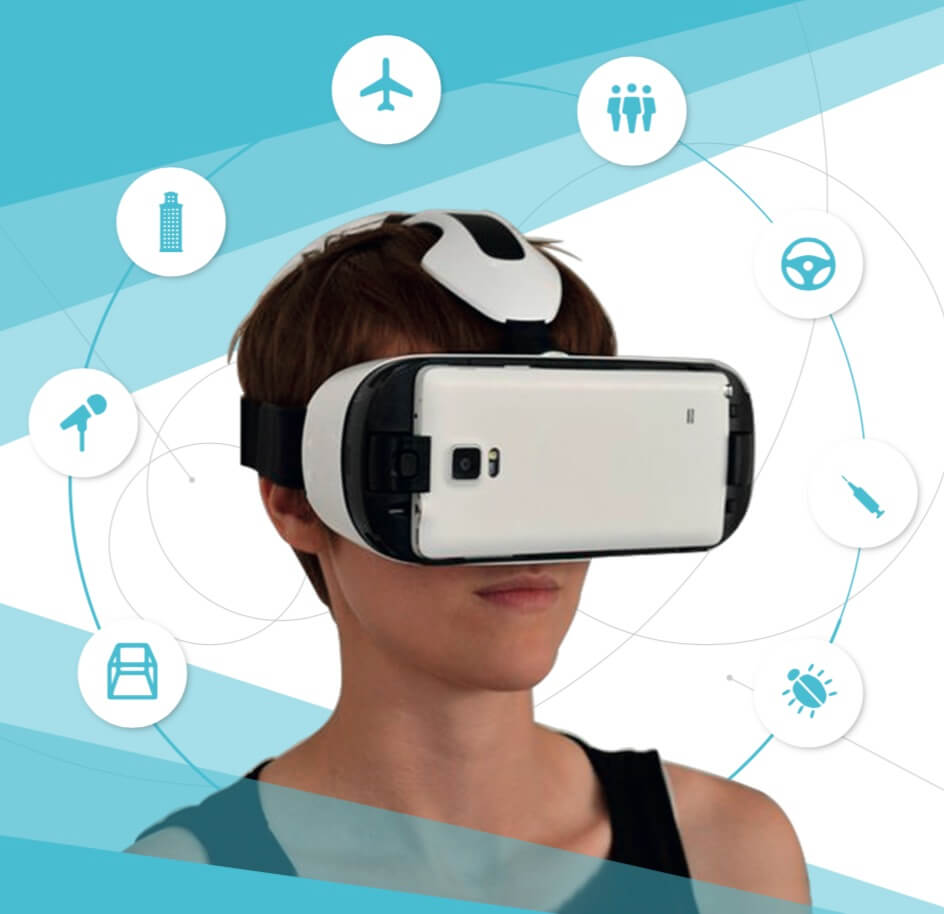 Traditional methods of dealing with anxiety involve exposing the patient to the object of their anxiety. Even dough this method is the most effective it is also the most unpleasant. But with virtual reality people can more easily interact with their anxiety triggers since they know they are in a completely safe environment.

We currently live in an unfortunate time. Because of theCOVID-19 pandemic a lot has changed, mostly towards the bad. We can feel the effects in all aspects of society, be it economically, social, political or cultural. But one of the areas most affected by the pandemic has been mental health.

A recent study has shown that there was an increase of at least 25% in the cases of major depressive disorders and anxiety disorders. The research was led by researchers from The University of Queensland’s School of Public Health, Queensland Centre for Mental Health Research and Institute for Health Metrics and Evaluation (University of Washington). It concluded that those living in countries severely impacted by the COVID-19 pandemic have been most affected, especially women and younger people.

Study leader Dr. Damian Santomauro says that even before the pandemic there were a lot of countries were mental health treatment was difficult to access. Unfortunately, women and younger people were affected the most with isolation being a major cause of this. The loss of jobs lead to some families losing their only source of income. This led to stress and domestic violence. Because of these factors as well as many others like them the strain on mental health increased immensely. It was this chain reaction that lead to a huge increase in mental health disorders as well as their severity.

Anxiety disorders have had a lot of different treatment methods over the years. Among them one of the most successful one has been exposure therapy. Despite its effectiveness this treatment method is still grossly underutilized. Anxiety disorders are among the most common of mental disorders affecting nearly 18.1% of adults. The estimated prevalence of anxiety disorders worldwide is 7.3%, and they cause a high proportion of the global burden of disease. Anxiety symptoms can cause significant distress, impair quality of life, and increase stress. Anxiety increases risk for a range of co-occurring physical conditions, including chronic pain. Because of the pervasiveness of anxiety and its impact on mental and physical health, effective treatment is clearly needed, yet a majority of affected individuals remain untreated. This highlights the importance for individuals and for society at large of increasing access to effective treatment.

Exposure therapy has barriers from both the patient and the doctor. One of the most often quoted obstacle is the patient’s fear of exposure therapy. By definition this type of treatment entails exposing the patient similar traumatic situations, images, scenarios, objects, etc. For patients this can be a big hurdle that will never be crossed.

As hard as it is to try to be exposed to anxiety triggers as a patient, it is maybe even harder to have the opportunity. Arranging exposure therapy is another barrier in front of anxiety treatment. There are 2 main ways in which exposure can be done. The first one is to let the patient imagine his/her anxiety trigger and focus on it. The problem here is that the power of visualization differs greatly from one person to another. Not to mention the doctor has not control over what his patient can visualize. The second method is real life exposure which has a new set of difficulties. Depending on the needs it could be difficult to arrange the exposure in an office or even outside.

Therapist concerns about exposure therapy are a third barrier. Therapists often worry that exposure will be distressing for both them and their patient and will increase dropout rate. There is no way for therapists to have complete control over the exposure treatment. This could lead to the risk that the patient will become sensitized and worsen the anxiety.

The fourth barrier which is also related to therapists, is the lack of exposure treatment specialists. For example, research supports imaginal exposure as a therapy for PTSD, yet a broad survey of community therapists regarding PTSD treatment found that the majority of the licensed psychologists in clinical practice were not using this evidence-based intervention. Projections show that this shortage of specialists in the field will worsen by 2025. In the US alone, it is estimated that over 40 million people won’t have access to a specialized therapist.

So how can VR help?

Motivation to integrate technology and behavioral health already exists, as highlighted by the All of Us research initiative funded by the NIH. Existing VR technology is already being used to enhance treatment of anxiety disorders and other disorders (PTSD, phobias, depression, etc.). But we can summarize the applications of this technology like this: it can potentially create an engaging, controllable, repeatable, and safe training and/or treatment environment.

The second barrier is where VR helps the most. The difficulties of imagining the anxiety triggers can be completely overcome in a virtual environment. The same can be said about the physical arrangement of exposure therapy. With VR you can recreate to a high extent the perfect environment in order to get the necessary triggers out of the patient. And best of all the danger is all but eliminated. The therapist related barriers can also be solved with VR. The exposure therapy specialist now has a much greater control over the treatment process. Factors like sound, proximity, weather, location, time, etc. can all be adjusted to fit the need of each individual patient. This way the therapist will also have less concerns of risking his patient condition worsening.

The potential for VR in mental health practices is unlimited. We are just at the threshold of this new world of innovations and already we can see the benefits. Even so there are a few concerns when going further with this. Some in the health industry said that the implementation of VR and automated treatment with the help of an A.I. could replace the need for trained therapists. For example special programs can help people deal with their OCD by cognitive training in virtual reality. It can even potentially help with gender dysphoria by showing the patient mirrors in which they can see themselves as they whish to contrast reality and help them better understand themselves.

But others correctly pointed out that therapists are already insufficient and will be even more so in the future. Also, if it’s done anonymously, either via the internet or in this case in VR, people are actually hoping for human interaction instead of an A.I. Because of this new technology therapists will be able to manage their workload so much better. They can relegate some parts of the treatment or even entire treatments that don’t require too much human interaction to the A.I. Meanwhile they can personally take care of severe cases or treatment where human guidance is more necessary.

There are a couple of barriers that prevent VR treatment becoming relevant right now. The first barrier is the fact that the pace at which this new technology is adopted by therapists is generally slow. Behavioral health interventions historically emphasize face-to-face delivery relying on human judgment and assessment. But this barrier can be overcome by increasing the therapists’ knowledge about VR exposure therapy and offering them training in this field.

The second barrier has to do with the implementation of software for these treatment programs. Because more and more different software will hit the market, the therapists and their organization may have difficulties initially in deciding which one is better. They will have to take in consideration the price vs patient needs as well as the difficulty of use that the software has.

The third barrier is the lack of sufficient clinical trials with VR exposure. From those that do exist it was observed that not all patients respond the same to VR. The immersion factor for some of them is quite low and thus ineffective. This is why there is a need for more investments in VR technology. Also, more clinical trials in this field are needed. Let’s not forget about raising interest in companies that want to further the innovations in mental health treatment using virtual reality.

Lastly, therapists are increasingly more interested in the use of virtual reality for mental health treatment. There is not enough training available. For technology to be effectively adopted, training needs to be available, clinically relevant, and focused on answering therapists’ concerns and needs. Resources should be developed that help therapists learn about virtual reality exposure therapy and other therapeutic uses of VR. 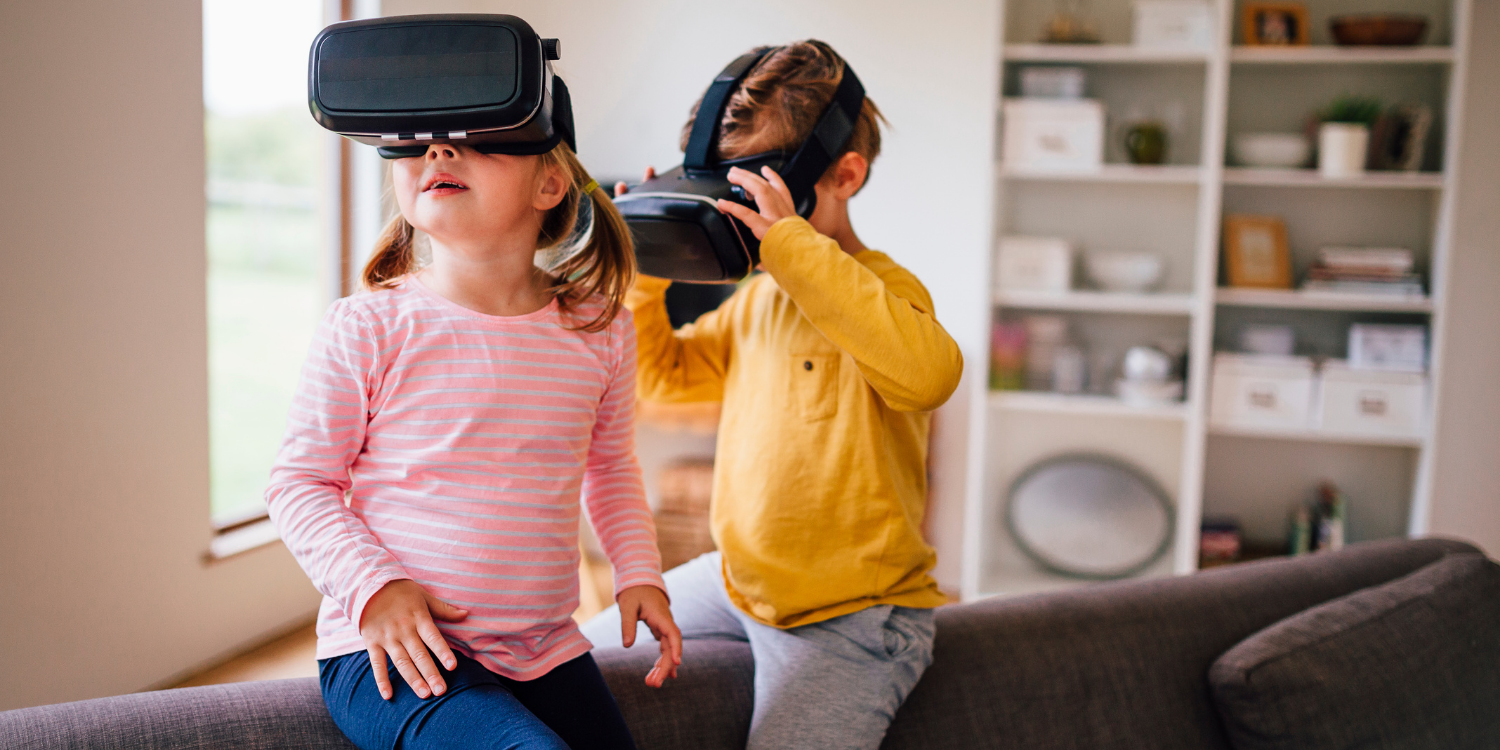 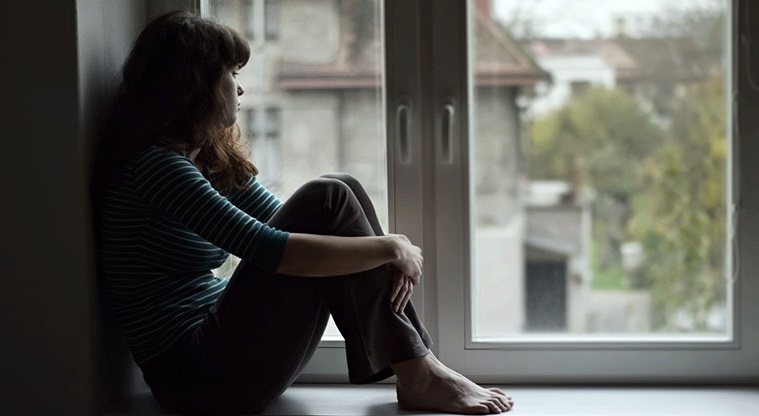 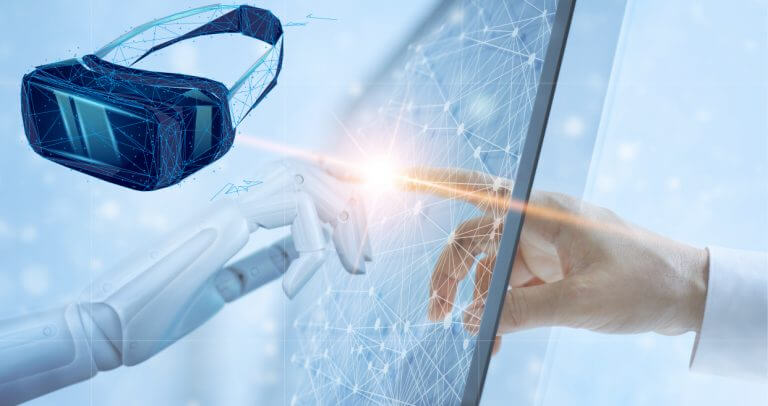 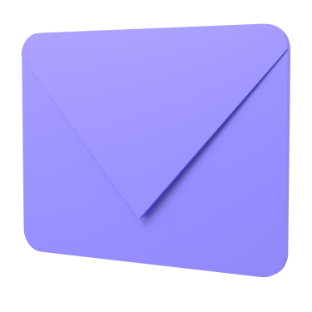 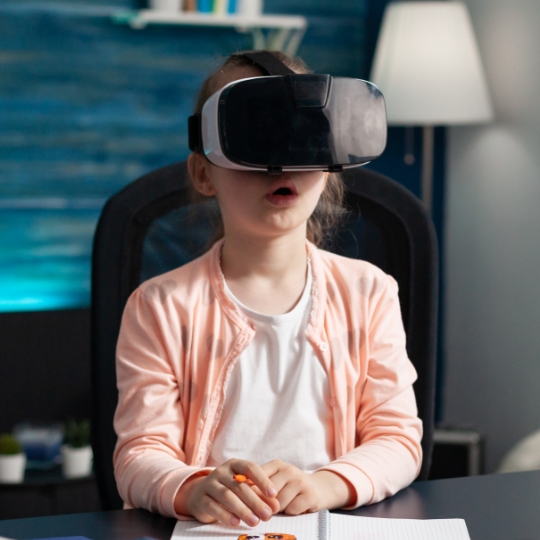 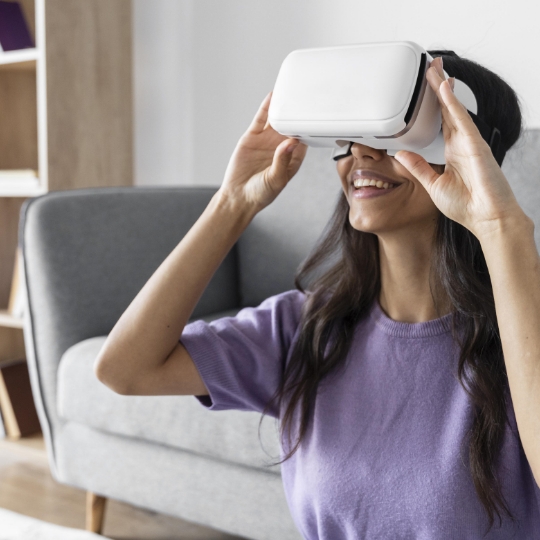 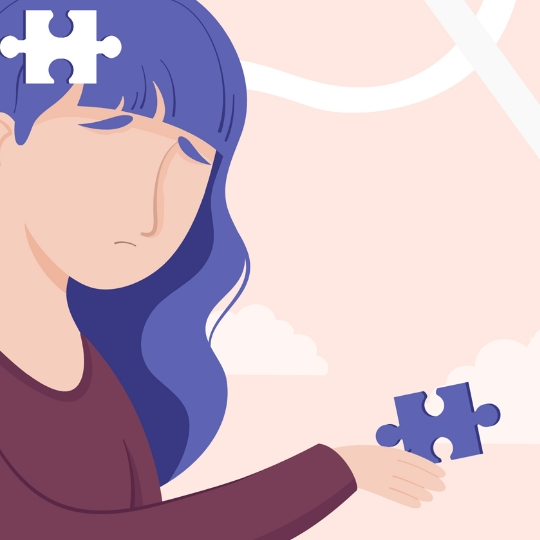 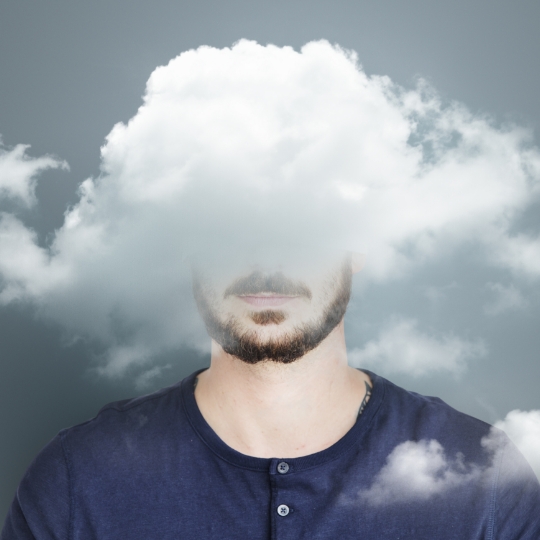 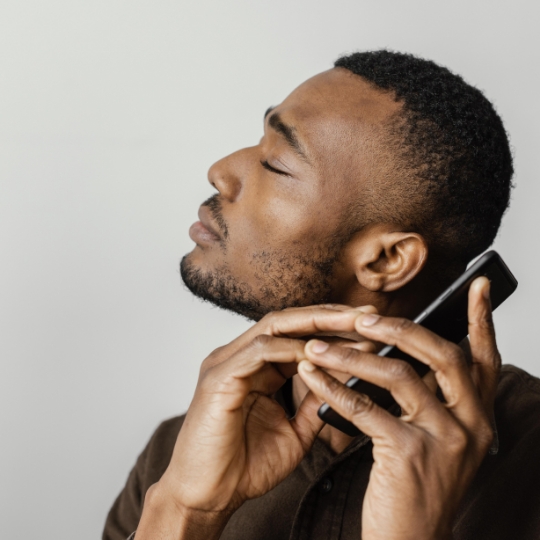